RESERVED SEATING FOR ALL WITCHES IN 2020.

Ladies, this is the pre-Halloween bash you’ve dreamed about since last year!  Entice all your unsuspecting “ghoul-friends” to join you for an evening of fantasy, decadence, and fun.  Come spend a bewitching evening together.

The spell has been cast on the dazzlingly-decorated Farmhouse.  Enjoy great food, contests, and all the magic and mayhem that can only happen on just such a night!  Sisters, fire up your brooms and fly into Staheli Family Farm for a wicked-good time!  Admission does NOT include our Field of Screams.

(Nevada Witches, BEWARE, and don’t say we didn’t WARN YOU!!!  To be here on time, leave Vegas by 4, unless Broomhilda is driving; in that case, leave by 3.  The reason for this warning is that we are in the Mountain Time Zone, and Nevada is in the Pacific TZ.  Arizona might be different, too.  If you arrive an hour late, your seat will have vanished, and the food will have disappeared.  No refunds for late arrivals.)

You can try for one of these 2020 categories:

BEST Costume of the Night

The costume fashion show is the highlight your ghoul-friends will be screaming to see!  It’s wickedly fun to strut your stuff beneath loads of garish gaudiness!

More “TWO-SIDED SPONSOR PRIZE TICKETS” may be purchased for $1 each, or 12 for $10.  Proceeds will cover the cost of the Costume Contest prizes.

Mirror, mirror, on the wall, who’s the wickedest winner of us all?

It’ll be great fun for all your witchy friends.  Leave the family in a Netflix trance and come fly with us for this spell-binding Witches Night Out.

WE ARE IN THE MOUNTAIN TIME ZONE.  IF YOU ARE COMING FROM OUT OF STATE, PLEASE PLAN ACCORDINGLY.  IF BAD WEATHER ARISES PLEASE CHECK OUR FACEBOOK PAGE FOR UPDATES OR CALL AHEAD.  ALL TIMES SUBJECT TO CHANGE.

BEWARE!  In order to encourage on-time arrival, the cut-off time to receive a ticket for entry to win the fabulous door prize is TEN MINUTES after the event start time.  ONLY witches who have arrived by that time will receive a door prize ticket.  We don’t want you to be TOO late!  Our sponsors support the on-time arrival of all witches, plus the food will be fresh and hot for you.

If you are the ticket purchaser for others, please inform each of them about this important detail.  Thanks, and enjoy your time with us on our Witchy Weekends!

Now seeking an OFFICIAL SPONSOR of Witches Night Out!

We are also seeking small sponsors and donations of gift baskets and other prizes. We thank you!

Take a look at our generous 2019 sponsors and partners.  Be sure to thank them when you support their businesses!

To view all 2019 WNO photos by Dave Amodt, click HERE.

To view all 2018 WNO photos by various photographers, click HERE.

To view all 2015 WNO photos by Dave Amodt, click HERE. 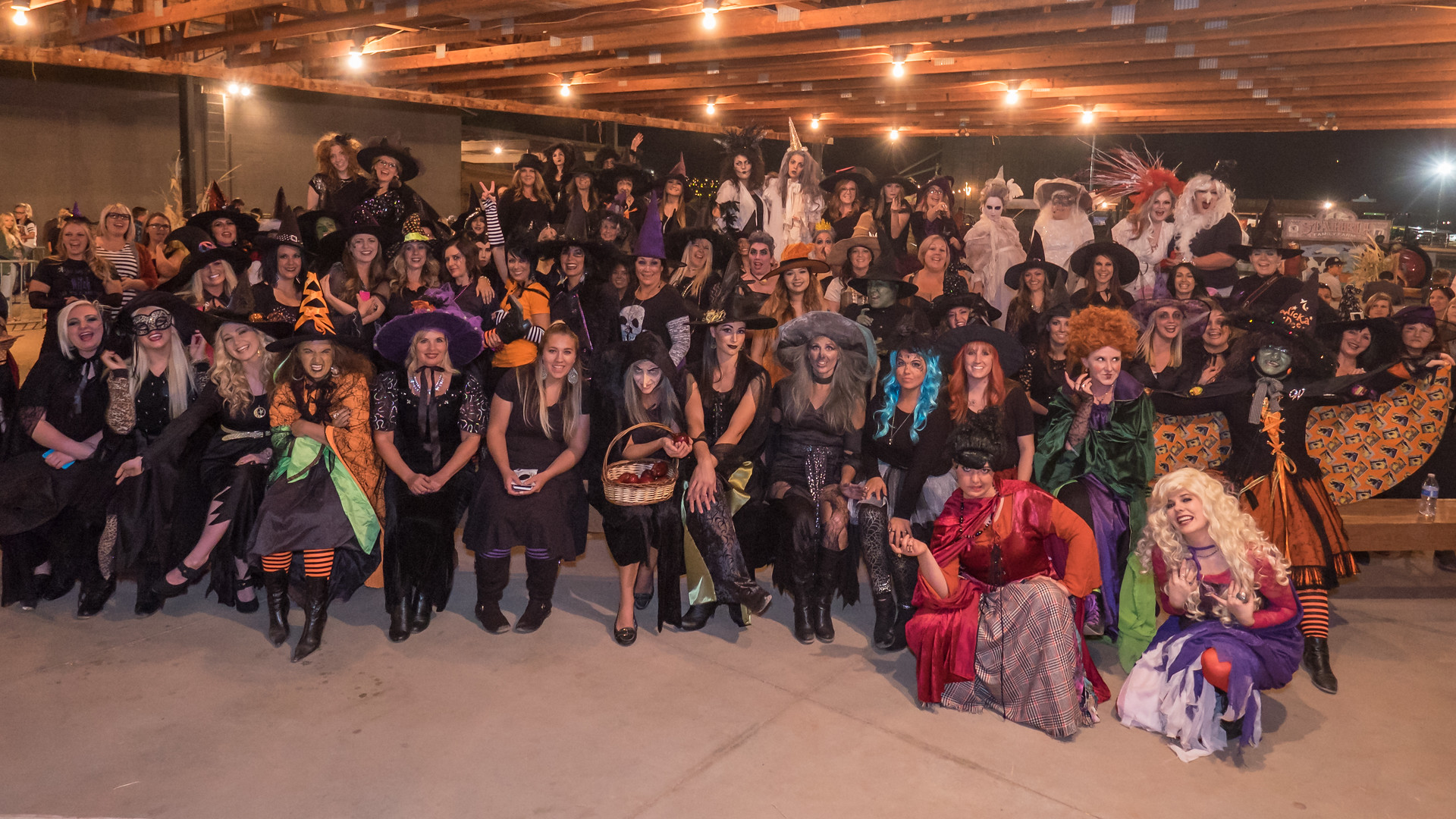 When the handsome devil and little monsters are left at home,
it's a great time to BEWITCHY! 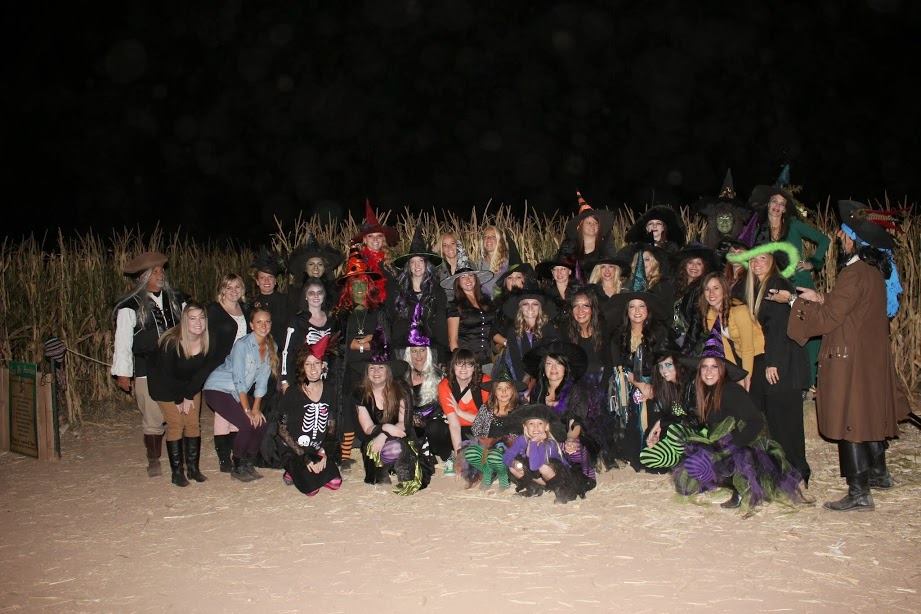 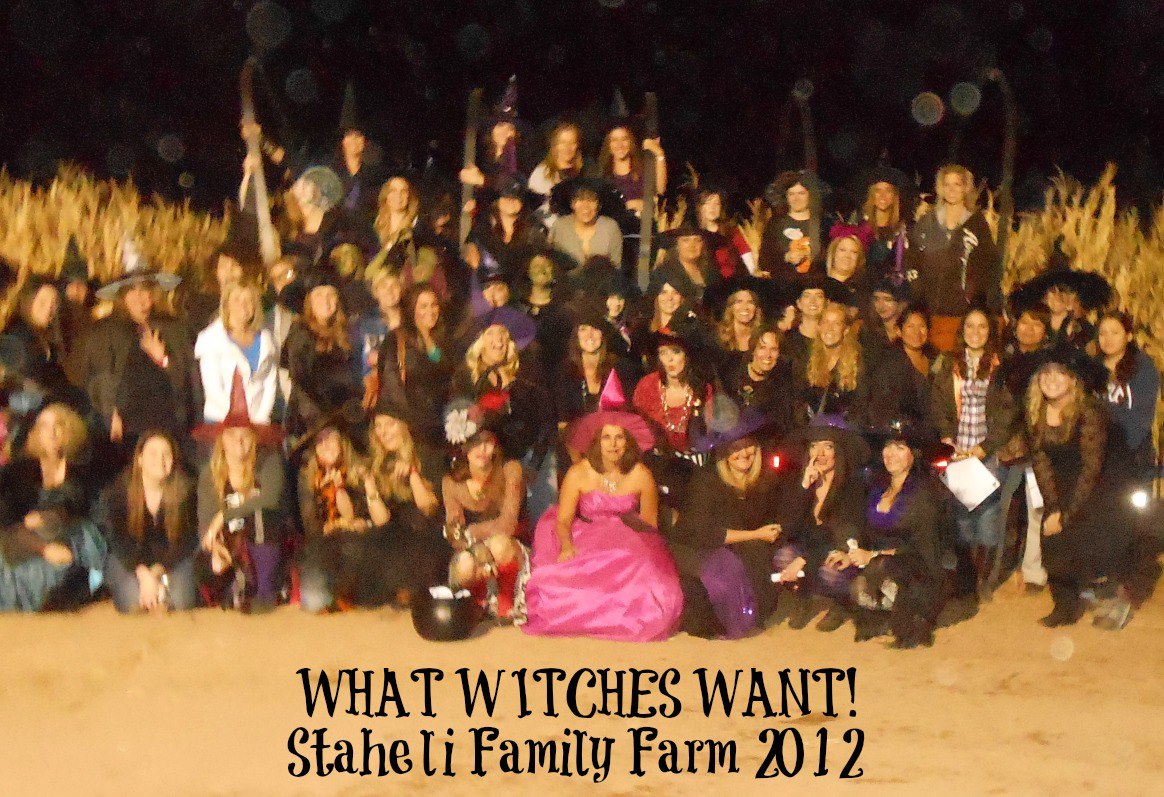